By Anne Radday, Communications for SEADS and Research Program Manager for Tufts University 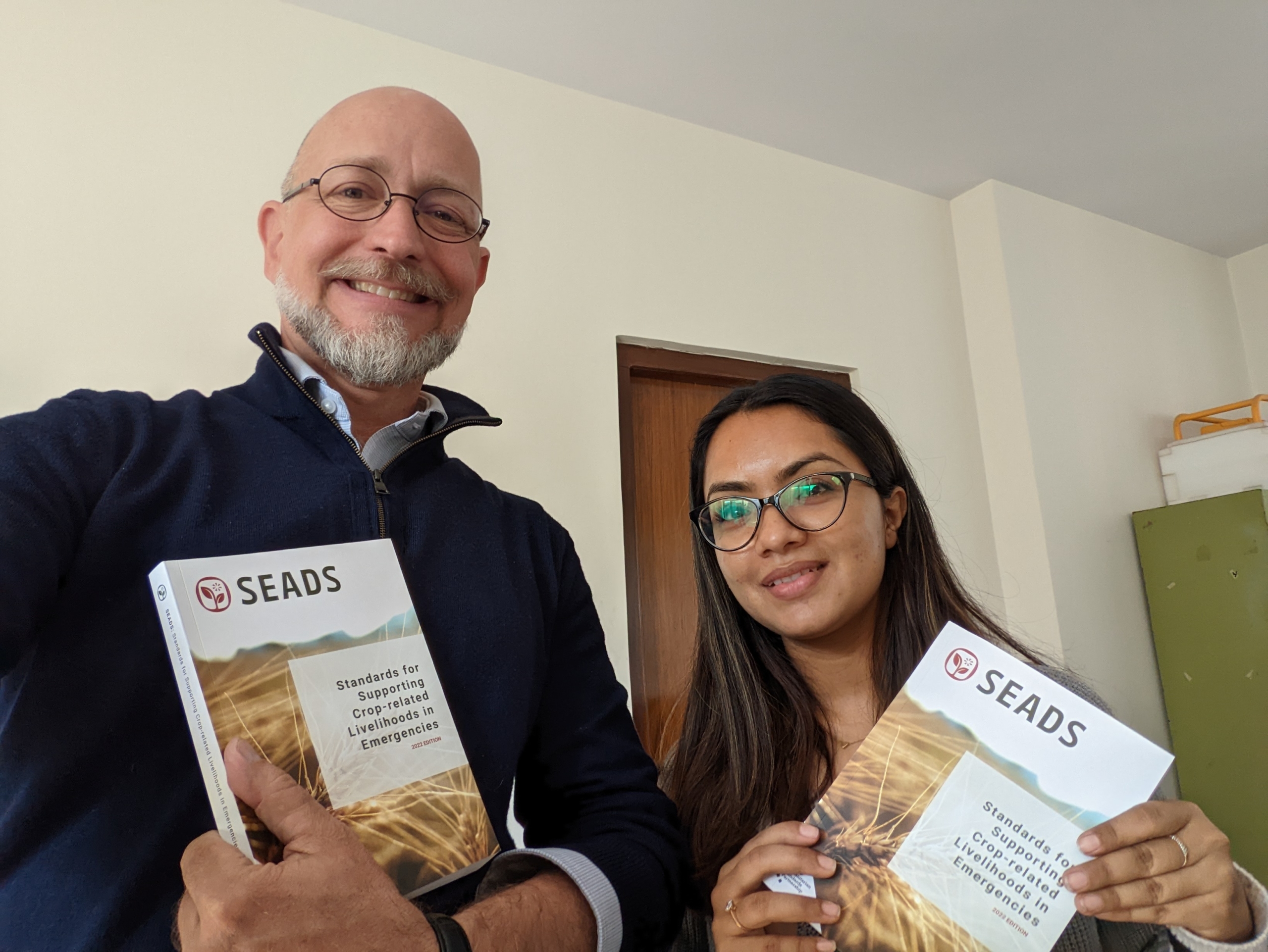 Millions of people around the world who are vulnerable to crises rely heavily on crop production to support their livelihoods. Currently, 40% of the global poor live in economies affected by fragility, conflict, and violence, and many of these people are engaged in small-scale agriculture. That number is expected to rise to 67% in the next decade (World Bank 2021).

Recognizing that standards on effective crop-related crisis responses are highly relevant to supporting livelihoods in crises, the Humanitarian Standards Partnership (HSP) accepted SEADS (Standards for Supporting Crop-related Livelihoods in Emergencies) as a new partner in October 2022.

“SEADS will help fill a critical gap in the standards available to humanitarians around the world. I commend the collaborative approach to their development which brought together local and national organisations in the field with academia and actors from the UN and cluster systems,” said Rita Rhayem, President of Sphere.

The Steering Group led SEADS through a 2.5-year process to review the evidence base, manage gaps in the evidence, draft the standards, host public consultations, revise the standards based on feedback, and publish the Handbook.

The result of the process is a Handbook that “will ultimately support both farmers impacted by crises as well as those who are part of the wider crop production system, such as seed suppliers and agricultural service providers, for better recovery after a crisis,” notes David Traynor, Agricultural Advisor at Concern Worldwide.

People who have used other standards will recognize the structure of the SEADS Handbook and find it easy to engage with the SEADS standards. SEADS is aligned with HSP standards and is based on established humanitarian foundations, specifically the Humanitarian Charter, Protection Principles, and the Core Humanitarian Standard. From the beginning, the Steering Group aimed to join the HSP, which is widely accepted by the humanitarian community.

SEADS Steering Group Chair, Andy Catley noted “We set out from the beginning to design our standards through an inclusive and collaborative process because we knew that would lead to the best standards possible and would help us meet the criteria for acceptance into the HSP.”

The SEADS Handbook has already been welcomed by many in the humanitarian community around the world.

Jo Burton, Head of Economic Security Unit at the International Committee of the Red Cross noted that “This guide is also a good reminder of aspects that may be overlooked during the planning and implementation phases of an emergency response. Overall, a great resource for our work in the humanitarian sector.”

With the addition of SEADS, the HSP now has nine complementary set of standards that humanitarian actors can turn to for program design, implementation, and evaluation to enable the best possible response in an emergency.

SEADS held it’s first of four regional launch events on 9 November 2022 at the Food Security Cluster Global Partners Meeting in Rome. Launch events are planned in Asia, Africa, and the Americas in the coming months. Learn more and register for SEADS launch events.